On the 10th of July 2019 RVM Systems presented an award to store manager Simon Felstead and his staff.

The Award celebrates that the store have recycled over 200,000 used PET plastic bottles at the store since the 18th May 2018.

Here is the original Press Release

Friday 18 May, 2018 – Iceland today became the first UK supermarket to install a reverse vending machine in store in support of the Government’s recently announced intention to introduce a Deposit Return Scheme in England.

The UK’s leading frozen food specialist continues to lead the way in reducing the impact of plastic packaging on the environment, and will be trialling the reverse vending machine in its Fulham, London, store initially for six months.

The trial aims to understand consumer perceptions and appetite for the technology and comes ahead of the launch of the Government’s Deposit Return Scheme, providing insights which will allow Iceland to maximise the positive environmental impact of the national initiative.

Reverse vending machines reward individuals for recycling, by providing money or vouchers in return for empty containers. Iceland’s reverse vending machine accepts any Iceland plastic beverage bottle and repays customers with a 10p voucher to be used in store for each bottle recycled. Today’s announcement is yet another demonstration of the supermarket’s dedication to tackling the issue of plastic pollution globally, following the pledge it made in January to eliminate plastic packaging from all of its own label products by the end of 2023. The move also comes following extensive consultation between Iceland and suppliers, to understand fully the possible implications to the supply chain of the reverse vending machine project. Iceland Managing Director, Richard Walker commented: “The vocal support Iceland has received since announcing our intention to eradicate plastic packaging has shown us that there is a huge public will to tackle the scourge of plastics.

“We’re the first supermarket to take decisive action to bring the reverse vending machine into stores, following the announcement of the Government’s support for a Deposit Return Scheme in England.

We’re doing it properly, through consultation with suppliers and by gaining understanding of how customers will act in response to the machine. “There are 12 million tonnes of plastic entering our oceans every year¹, so we feel a responsibility both to tackle the issue of plastic packaging, as we are doing with our own label products, and to give our customers the power to make a difference themselves.” Iceland’s action comes with strong support from the Government, with whom they have been in ongoing consultation since they first announced their 2023 plastics pledge in January .

Michael Gove MP, Secretary of State for Environment, Food and Rural Affairs, commented: “We can be in no doubt that plastic is damaging to our marine environment. Plastic pollution contributes to killing dolphins, choking turtles and degrading our most precious habitats. “I applaud Iceland for leading the way with their trial scheme. It is absolutely vital we act now to curb the millions of plastic bottles a day that go unrecycled. Support from businesses will be a vital part of ensuring we leave our environment in a better state than we found it.”

Here are the Press Releases : 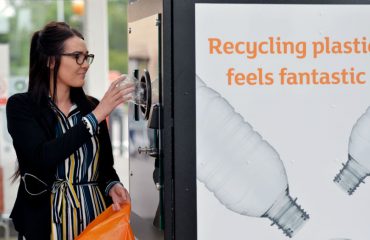 Sainsbury’s launches RVM trial, helping customers save up to £25 on their shop 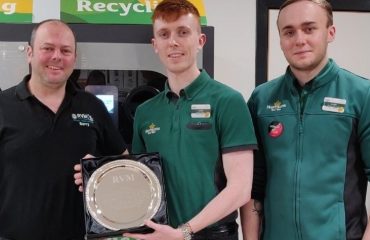 2 Million used drink containers recycled at one store in Scotland!